The work presents a quarting of Sigismund I of Luxembourg (1387 – 1437) found near the Bulkanite Dam, between the areas of Hrabrovo and Ovchaga villages, Provadia municipality.
In recent years, most of the coins of Sigismund I of Luxembourg found in Bulgarian lands have been associated with the Crusades of King Wladisłav Warneńczyk. At present, two quartings of the same king originate from the Ovech Fortress, and the coin here in question is the third similar type found in this geographical area.
The battle of Ovech was among the most significant ones of the Varna Crusade in the autumn of 1444. The fortress was conquered and almost completely destroyed. Certainly, hostilities between the Crusaders and the Ottomans took place beyond the walls of the fortress as well. We can assume that a similar battle happened also in the area of Ovchaga and Hrabrovo villages. Nevertheless, to confirm this assumption, more artifacts in the area need to be discovered that can be linked to these events. 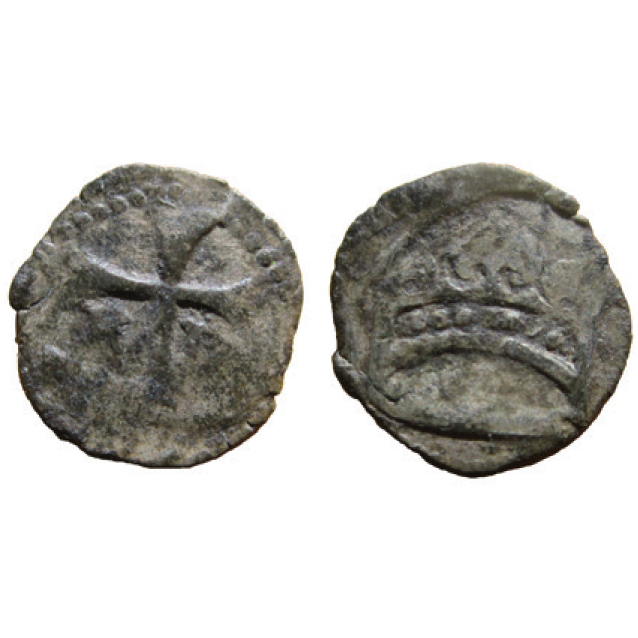